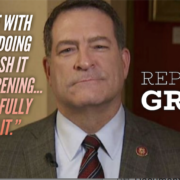 It’s no secret most Republicans legislators feel it’s their duty right now not to do what they think is right, but to stand by Trump at all costs – regardless of what he’s doing to societal/constitutional norms, the law, our global reputation and our allies.

Most have stayed silent as he pressured a foreign government to interfere in our elections by digging up dirt on his opponent, which they all refuse to defend and instead are awkwardly dancing around.

They’ve stayed silent as he has lied about it repeatedly.

They’ve stayed silent as he stopped witnesses from testifying… and distanced himself from his own ambassadors who were texting abut the quid pro quo… and pretended not to know the men who were executing the plan, who were just ARRESTED – who have been seen in pictures with him, and who have been palling around with his lawyer for many months, looking for Biden dirt in Ukraine. 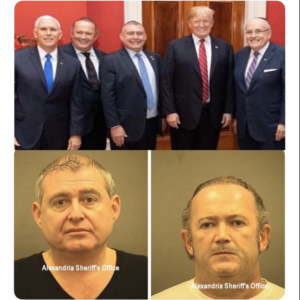 The only issue on which Republicans have even shown the slightest bit of willingness to part with Trump is the issue of Syria, where Trump has just recently abandoned our Kurdish allies who have helped us against ISIS seemingly on a whim, without telling the very generals in charge of the situation over there.

The damage and destruction has already begun.

It’s worth noting that Turkish officials are some of Trump’s best customers at his hotel in DC, and he himself has business in Turkey. Yet again we have a president putting his own interests ahead of the country.

Rep. Mark Green is among the Republicans who have made it a point to excuse and support everything this president does, and now Green has even gone ahead and told us as much – telling NPR that he “fully supports” Trump’s actions in Syria even when he disagrees with it.

Here’s the quote: “I don’t agree with what he’s doing… I wish it wasn’t happening… but I still FULLY SUPPORT IT.”

Fuller transcript of this answer, in which Republican Rep. Green says he disagrees with Trump’s decision on Syria, but then again compares his support for Trump with his marriage pic.twitter.com/ewWA55peXl

This is leadership? Green is a military man, and apparently he thinks he was elected to blindly obey this president. But congress is supposed to exist as a separate branch, there to check the bad behavior of a president gone wild.

If our founders wanted a king, the American Revolution never would’ve happened.

Meanwhile we have Evangelical leaders calling for “obedience” to Trump. The Bible is very clear about false Gods.

The question becomes: At what point does a political party become a cult? Feels like we’re already there.

The constitution anticipates out-of-control presidents, which is why the powers of impeachment exist. But what happens when an entire political party becomes just as corrupt and complicit? There are many conservatives speaking out right now – George Will, conservative lawyers, military people – some of which even worked for Trump.

But in the end it will be up to senators like Lamar Alexander to put country before party and actually do something about it, or else pretty soon what we have won’t resemble anything like the country our founders intended.

WATCH: Tens of millions of workers stand to lose access to federally mandated paid sick and family leave at the end of December. 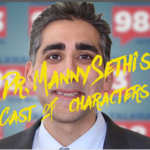 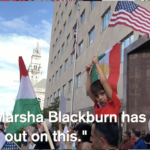