In text messages, Aaron Northcutt – campaign staffer for Senator-Elect Bill Hagerty (R-TN) and Secretary for the Tennessee College Republicans – Says Campaign Considered Trump Voters “Ignorant Sheep,” but that Trying to Win Without Them Would Have Been “Political Suicide.”

This piece was originally published on CopyrightBro. 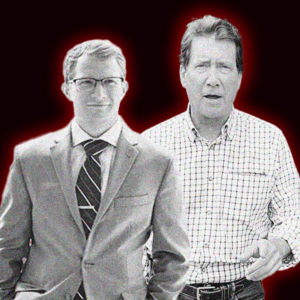 CopyrightBro is releasing a series of damning screenshots in which a staffer on the campaign of Senator-elect Bill Hagerty (R-TN) admits that their loud endorsements of President Donald Trump’s policies are largely based on political convenience and that he and the campaign actually see the Tennessee voters who elected them as ignorant sheep, falling prey to Trump’s divisive demagoguery, whom they simply intended to use to get into office.

During my time at the University of Tennessee, I was marginally involved in the Student Government Association, and that was how I met now-Hagerty campaign staffer Aaron Northcutt. To make a long story short, he was a good guy who was involved in a corrupt SGA campaign whose leaders were exposed, by me, for election corruption. I pretty much single handledly drove that campaign out of the race, and Aaron was the only person on said campaign for whom I felt bad after the dust settled. He and I originally got in touch in the months before all of that happened, just for the sake of discussing the vitriolic nature of the online discourse surrounding the student government campaigns. Through these conversations, I learned that he was genuine and kind, and while he and I disagreed on a fair number of political issues (he saw himself as a moderate conservative while I considered myself a slightly left-leaning moderate), we agreed that Donald Trump was an idiot and a terrible president. The discussions he and I had were always respectful, and his points were made in good faith despite our varying beliefs. He gave me hope for a future where Republican politicians would be honest and serve with integrity, and that maybe the two-party system could survive in a fairly healthy way if people like him were running the GOP. However, my confidence in Aaron began to fade when, after college, he got involved with Bill Hagerty’s senate campaign.

Over the course of several months, he and I had a few conversations about his role with the campaign, as well as the state of American politics in general. As the election got closer, Aaron started tweeting things that were wildly out of character for him. I called him out a few times, and he blamed those tweets on his involvement with the campaign, saying he was obligated to share them, and that nondisclosure agreements prevented him from sharing how he truly felt. This surrendering of his legal ability to share his thoughts openly was the first point at which I was afraid Aaron might be slipping out of the realm of levelheaded political hopefuls, and into the realm of corrupt, dishonest, self-serving career politicians.

As time progressed, the posts on Northcutt’s Twitter got worse and worse. Over the course of a few weeks, he graduated from Fox News-level bad faith arguments to OANN-level nonsense. All the hope I had that Northcutt would be a positive force in conservative politics is now completely gone, so I’ve decided that it’s time to hold another member of that old student government campaign to task, except this time, the campaign Northcutt is working for is a lot more organized and has a lot more potential to do real harm. So here I am, screenshots in hand. 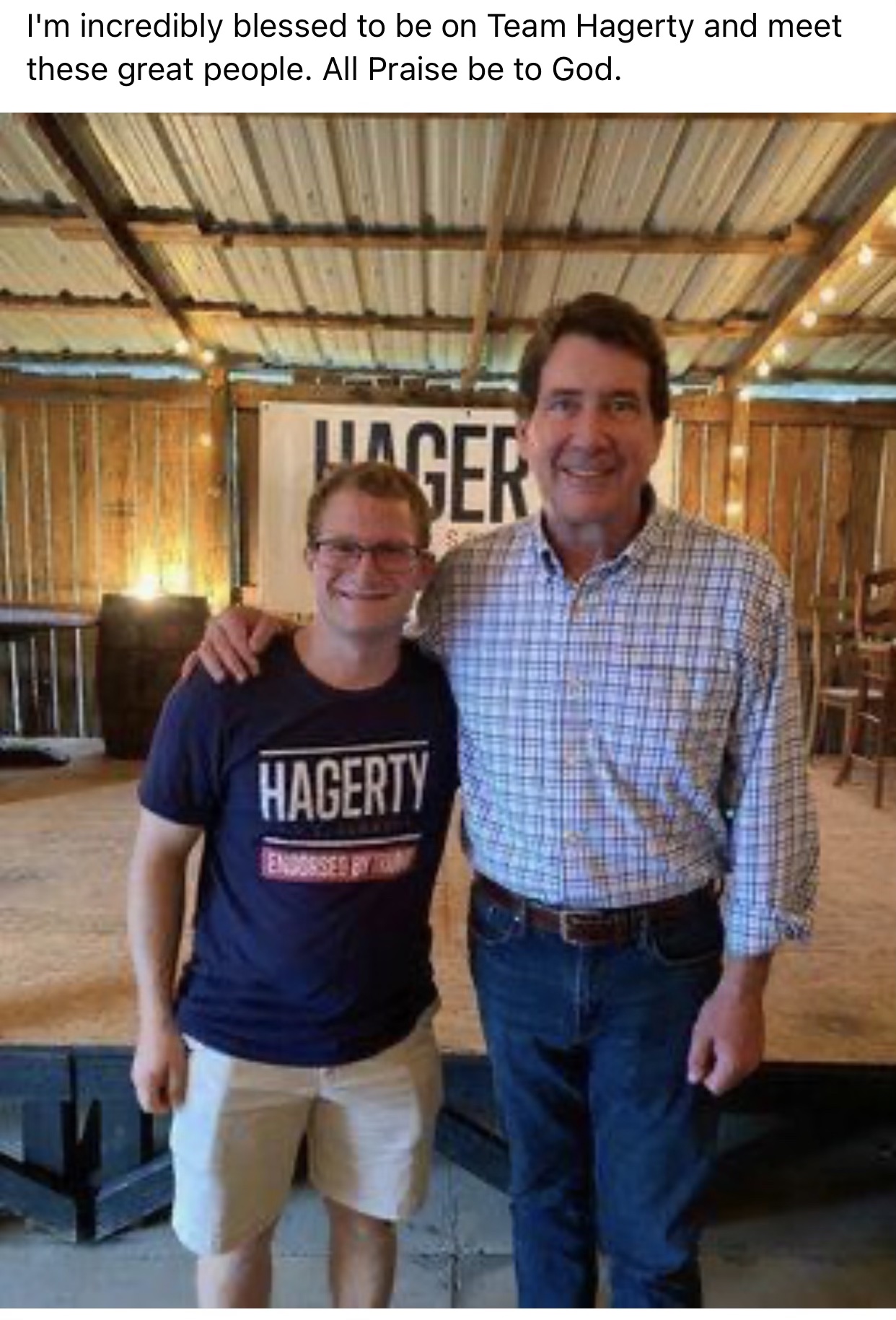 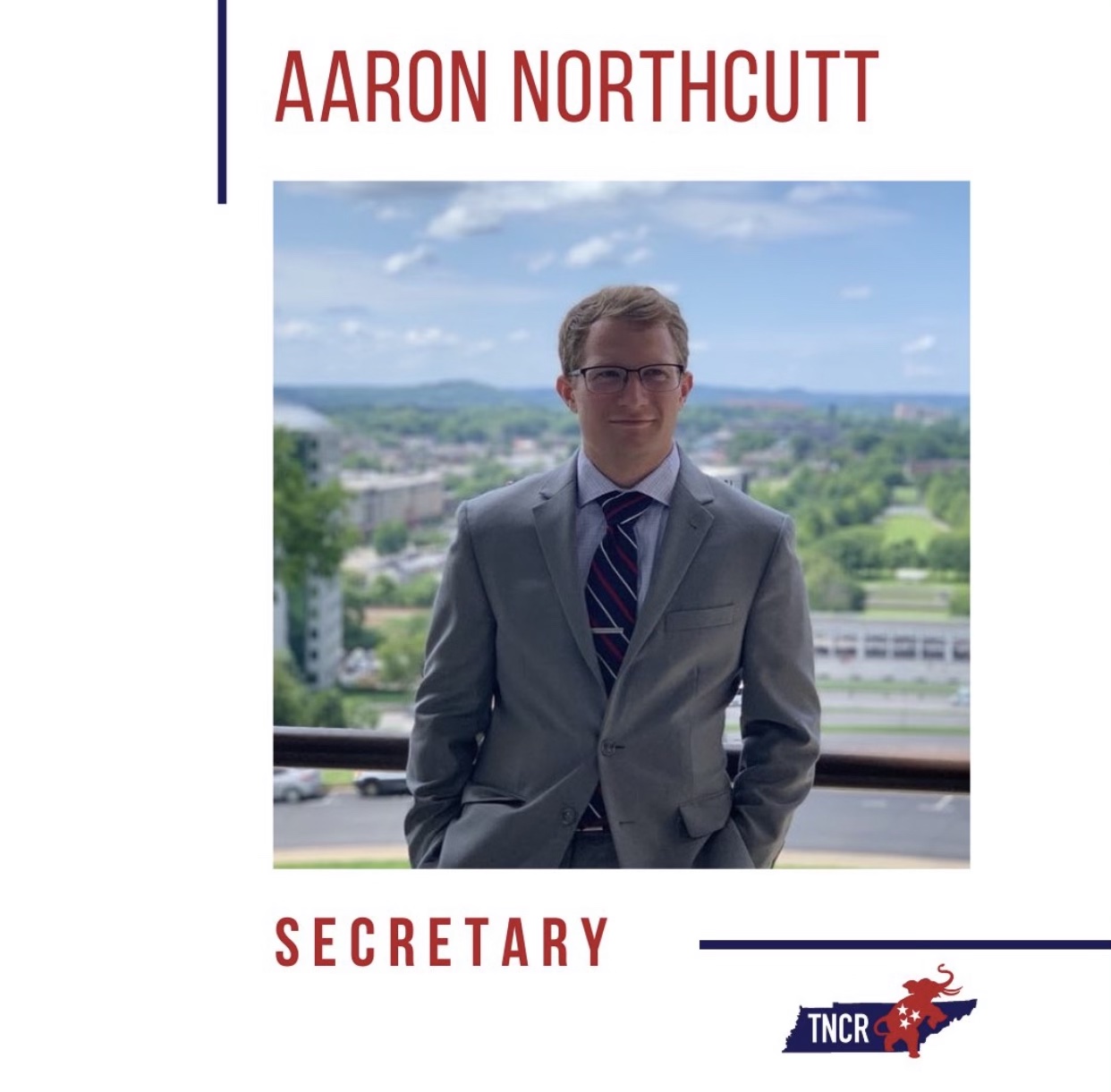 These excerpts from my conversations with Northcutt put on display the worst, most corrupt instincts of the Republican Party. Despite the fact that Hagerty ran as a Trump Republican, it’s clear that that’s not truly the line of thinking he subscribes to, and nor do his staffers. If I were a Trump-supporting Tennessean who voted for Hagerty, I would feel insulted and betrayed by these statements.

This concept of Republican congressional candidates riding Trump’s coattails while actually disagreeing with his policies and being disgusted by the way he treats people is not new, and it isn’t unique to Tennessee; in fact, it seems to span across Republican politicians from a variety of backgrounds, from veterans to businessmen, and from reliably red states to swing states. In October, CopyrightBro reported that Chris Taylor, former U.S. congressional candidate from Arizona, was pressured to get on board with Trump’s divisive messaging, despite personally feeling that Trump was a cancerous force to American democracy. However, the differences between Taylor and Hagerty couldn’t be more stark: Taylor publicly endorsed Joe Biden, while Hagerty is hoping his voters aren’t observant enough to recognize that he’s double-crossed them. 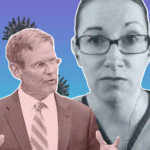 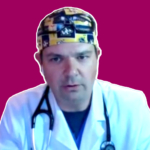 Where is Your Responsibility, Governor Lee?
Scroll to top