You are here: Home / TOPICS / Democrats / Constituents’ Letters to Petty Speaker Sexton
Speaker of the House Cameron Sexton is PETTY. He put Representative Gloria Johnson in a small conference room to use as an office and put her 65-year-old cancer surviving assistant in a literal closet. It’s not only a slap in the face to his own colleague, but it’s disrespectful to Rep. Johnson’s constituents and the voters who voted her into office. The “offices” are also unventilated making them a health risk during the pandemic, not that Sexton or his cronies care about that.

WATCH: “I DIDN’T THINK THEY’D BE THIS PETTY…they are terrified of a strong woman…but I’ll continue to speak truth to power.”

Petty, immature Speaker @CSexton25 sticks Rep @VoteGloriaJ in an unventilated closet for not voting for him, but she won’t back down. @KnoxvilleHoller pic.twitter.com/LNVrs0VWdp

Sexton has presumably reached peak pettiness because he’s peeved that Rep. Johnson didn’t vote for him for Speaker (because they don’t share the same values, obviously) and because she won’t stand down when it comes to fighting to remove admitted child molester Rep. David Byrd from office. Luckily, constituents and voters are understandably angry at Sexton for his behavior – below are some of the letters that y’all have been sending his way:

Earlier this month, you said “Tennessee must continue to be an example for the rest of the country on how to work together during these challenging times.”

The shameful treatment you’ve shown to my representative, Gloria Johnson, in her office assignment does not live up to those words. Your actions not only disrespect Rep. Johnson and her assistant but all of us who are her constituents.

I’m guessing that you and some of your colleagues may have gotten a good laugh out of it. But here are a few sober reminders: I know Rep. Johnson well enough to be certain that nothing you do will make her back down from representing the people of our district and the principles we elected her to fight for. Your actions may make her work life, and her assistant’s, more difficult to carry out, but it’s also a powerful advertisement for your own pettiness and poor leadership. History is watching, and it’s a poor legacy that you’re leaving for yourself and our state.

I hope you make the decision to do better.

There’s no donation. Grow the fuck up and stop acting like a child. You are truly embarrassing yourself and my state. Your behavior is not witty or bold or cool, it’s embarrassing. Just because your Orange Daddy isn’t here to stroke your ego anymore it doesn’t mean to can abuse people you feel threatened by. Give that magnanimous woman the office she deserves or resign, because you truly aren’t wanted here with that idiotic foolishness.

Gloria Johnson, an elected representative of the people of this state, at the very least deserves a functioning professional office to do her job. And her assistant should not be in a literal closet.

It is absolutely shocking that an elected representative of this state has been pushed to a small conference room (and her assistant to a closet) with no air flow during a pandemic to perform her duties of representing her constituents at the state capital.

Particularly when there are offices available (and she is the only member of the general assembly to not have an office.)

This is disrespecting not only Rep Johnson and her elderly cancer surviving assistant, but the citizens of Tennessee that she stands for.

THIS IS NOT THE CHRISTIAN WAY

I was shocked and dismayed to view a video on the Tennessee Holler of your accommodations for one of your fellow House members on the hill. Apparently it is acceptable to give large, spacious offices with a lot of airflow to all of the members but Gloria Johnson, who coincidentally, did not vote for you as Speaker of the House. In some Human Resource circles they might call that retaliation. Ms. Johnson might even have a case for discrimination if she cared to pursue it~ especially if all other members have adequate offices with airflow and space for constituents during a pandemic and she does not.

And the closet for her immunocompromised assistant down the corridor is even more reprehensible. Not only does it appear unsafe to work in during Covid, but lack of airflow makes it especially dangerous. I am sure many local and national media outlets would be quite interested in how the new Speaker of the House in Tennessee treats his fellow colleagues. In the spirit of unity and working together that has been espoused post-election, it seems this gesture of ill will toward some across the aisle would not facilitate that very well, would it?

I urge you to reconsider, as this is not a Christian way to start the new year and new session.

I am not a Republican so I am used to being in disagreement regarding political issues with you and other Republicans. However, I still believe in being cordial and respectful despite a person’s political affiliation. I am disappointed in how you handled yourself in assigning Gloria Johnson and her assistant their offices. It is petty and disrespectful and unkind. It is also very telling about your character that you have chosen to do this. Above all else, I believe in treating others how I want to be treated. You two are colleagues and should have a respectful working relationship. I trust that you will right this wrong because it looks bad on you and you can be better.

Feel free to write your own letter or leave a voicemail for Speaker Sexton here:

TNGOP Has Some Explaining To Do 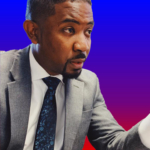 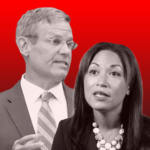 The Burden of Proof
Scroll to top