Blog - Latest News
You are here: Home / TOPICS / Democrats / Why There Are 49 Vice Presidents and 46 Presidents 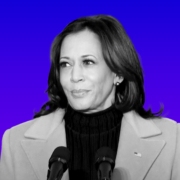 It’s been a long journey to power for American Women and it isn’t over. The glass ceiling isn’t gone yet, but after the 2020 election, it is in shambles and nearing collapse. So while you’re drinking your bubbly, let’s study some vice-presidential history to celebrate this magnificent and overdue moment in American history.

Today, January 20, 2021, over 100 years after American women gained the right to vote, the nation swore in its first female vice president, Kamala Devi Harris. She is the 49th person to hold the title, while President Joe Biden is the 46th to hold his. Why is that?

Simply put, it’s because two 20th century presidents have had multiple vice presidents. It had fluctuated and evened out before then, and below you can find a quick history lesson on how Kamala Harris became the 49th Vice President of the United States (VPOTUS.)

If you want to skip the full lesson, scroll to the • to see their names.

Before we start, here are a few tidbits of vice-presidential history to impress your friends with: President of the United States (or POTUS) Grover Cleveland served two non-consecutive terms, but they each count as separate administrations, so he was the 22nd and 24th POTUS. Two vice presidents (VPs) have served in two terms in two different administrations, but each did so consecutively, and therefore only count as one VP each. Only two VPs have resigned from office- John C. Calhoun and Spiro T. Agnew.

Four presidents- John Tyler, Millard Fillmore, Andrew Johnson, and Chester A. Arthur- never had a vice president serve alongside them in office.

Now onto the 49th thing…

Things first got out of wack when Vice President George Clinton (not the groovy one from Parliament, the 4th Vice President of the United States) replaced Aaron Burr to become President Thomas Jefferson’s second VP. He then served as VP for President Madison, before being replaced by Elbridge Gerry.

John C. Calhoun would later serve as vice president for two presidents as well- John Quincy Adams and Andrew Jackson. He served as the second VP in the Quincy Adams administration, and the first vp to President Jackson, being replaced by Martin Van Buren, who would ultimately succeed President Jackson to serve a single term in office, with Richard Johnson as VP.

When the 9th President William Henry Harrison died just a month into his term, he was succeeded by the 10th President John Tyler, the first president to never select a VP. When Tyler dropped his re-election bid after annexing Texas, James K. Polk and George Dallas became the 11th president and vice president respectively.

So in 1845, the number of presidents and vice presidents had evened out at 11.

It didn’t stay even for long, though. When the 12th Vice President Millard Fillmore became the 13th POTUS, he too chose no vice president. That seems unthinkable today, right?

Abraham Lincoln was the next President to have two VPs, a political calculation made because Tennessee Senator Andrew Johnson had more appeal to Southerners. This evened the number out at 16.

Again, it didn’t stay even for long. President Johnson ascended to the Presidency following the assassination of President Lincoln in 1865, and never chose a vice president.

Johnson’s successor President Ulysses S. Grant evened it out with his second vice president in 1873.

In 1881, President James Garfield was assassinated, and Vice President Chester A. Arthur ascended to the Presidency. He never chose a VP.

25th President William McKinley evened it out in 1901 when Theodore Roosevelt became his second VP. When President McKinley was assassinated that same year (a sad theme in this story) President Roosevelt finished the term without a VP but chose Charles Fairbanks to serve in his first full term. This brings us to 26 each.

Fast forward to 1933, and enter Franklin Delano Roosevelt- the 32nd President. He was elected to serve four terms, and had three vice presidents- both records! In 1945, he died in office just months after winning his fourth election, Vice President Truman (who initially disliked the idea of being President) completed the late Roosevelt’s 4th term. The 33rd POTUS didn’t choose a VP until he sought his only full term in office, defeating Thomas Dewey.

A side note on the 1948 election: it was kind of like 2016, but instead of Michigan, Pennsylvania, and Wisconsin as pivotal swing states, the races hinged on Illinois, California, and Ohio. Dewey was long considered the front runner, Truman’s hopes at a full-term dead on arrival. The Chicago Daily Tribune published the now-famous headline “Dewey Defeats Truman,” because they were so convinced he would win in a landslide. Truman’s win left his opponents shell shocked. And since we’re comparing 1948 to 2016, we also can’t ignore the TRU- in both his and Former President Trump’s name. Spooky, huh?

In 1973, the 39th Vice President Spiro Agnew resigned in a non-Watergate scandal from Richard Nixon’s administration. He was replaced with Gerald R. Ford, who became President Ford a year later when President Nixon resigned facing conviction in a Senate impeachment trial for the Watergate Scandal.

Unlike others in his situation, Ford appointed Nelson Rockefeller as vice president to serve with him after a short vacancy (+3 total.) He lost his bid for a full term in 1976 to the 39th President Jimmy Carter. Walter Mondale became the 42nd vice president.

• Since then, there have been 3 more Vice Presidents than Presidents, and at this moment it’s because of Vice Presidents Henry A. Wallace and Harry S. Truman (Pres. Roosevelt) and Spiro T. Agnew (Pres. Nixon.)

Kamala Harris is not only the first woman to be VP, but she is the first Black Vice President and Indian American Vice President. Black women didn’t gain the right to vote until 1965, 45 years after the 19th amendment was ratified, giving white women the right to vote. Although our country would’ve been better off with a woman in the White House in 2016 than a sad orange clown, it is kind of poetic that a Black woman delivered the first shattering blow to that “highest, hardest glass ceiling.”

As of today, there are 6 living former vice presidents- President Biden, Mike Pence, Dick Cheney, Al Gore, Dan Quayle, and Walter Mondale. President Joe Biden is the 15th Vice President to go on to serve as President. Will Kamala Harris be the 16th? Will Al Gore make a comeback? Dick Cheney? Dan Quayle ‘24? Mondale/Klobuchar 2028? Klobuchar/Mondale, perhaps? Or a new face yet to be on the national scene?

Only time will tell the future of the Vice Presidency, but for the sake of safety and stability, let’s just hope that the POTUS – VPOTUS ratio stays even from now on. With the size and scope of the US Executive Branch growing by the year, it is important now more than ever to have a strong, hard-working, and caring vice president- and that’s what we’ll be enjoying for the next four years of Madame Vice President Harris.

TENNESSEE candidates… follow @GaryChambersJr’s lead 🔥: “Every 37 seconds, someone is arrested for possession of marijuana”

Following up on the video we showed you yesterday, @propublica reports on the efforts of @VoteGloriaJ & @campbelltn20 to remove Judge Davenport in Rutherford County, who has been jailing (mostly black) kids at a wild rate - even for made up crimes. https://www.propublica.org/article/new-bill-seeks-to-remove-tennessee-judge-who-illegally-jailed-children 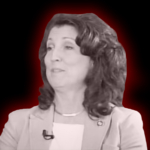 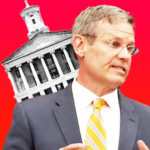 The Lesson Is, Elections Matter
Scroll to top