You are here: Home / families 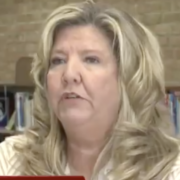 JUST NOW: @SenJohnson of Williamson County moves to recommend expulsion of @katrinafortn if the full senate finds her guilty

@SenAkbari expresses “grave reservations” of that path, calls it premature

Check @thetnholler timeline for more on this ongoing and obvious railroading. https://twitter.com/TheTNHoller/status/1484203398618652673

“WE ARE NOT A COURT OF LAW” says senator Haile at @katrinafortn’s removal hearing before the ethics committee.

Robinson asks for a delay so she can have counsel, says she was only told about the hearing on Friday.