Warning: Use of undefined constant HTTP_USER_AGENT - assumed 'HTTP_USER_AGENT' (this will throw an Error in a future version of PHP) in /var/www/wp-content/themes/enfold/header.php on line 1
 police brutality – THE TENNESSEE HOLLER

You are here: Home / police brutality 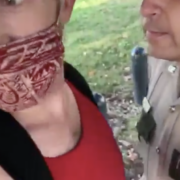 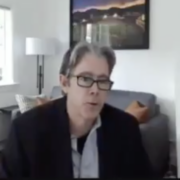 Justin Kanew and Erik Heipt discuss the murder of Sterling Higgins, a Black man from West Tennessee who died at the hands of the cops in a case of police brutality. Warning to listeners that this episode contains descriptions of graphic content and racial violence.

CLIP: “Cause of death was determined to be ‘EXCITED DELIRIUM’ — imagine if there was a #GeorgeFloyd grand jury and the prosecutor decided NOT TO SHOW THE VIDEO.” 🤔#SterlingHiggins Lawyer @erikheipt (UNION CITY) 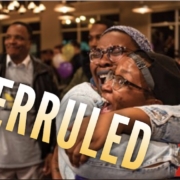 To recap: Republican donor Dejoy slows down the mail.

Republicans change the rules to throw out ballots that arrive after Election Day.

Republican SCOTUS backs them up.

Because Republican policies are unpopular.

“Americans have been asking what Trump's national strategy is to combat the pandemic. We finally have our answer: capitulation... history will look back on this moment with disbelief and horror."
https://www.washingtonpost.com/opinions/2020/10/26/we-finally-know-trump-administrations-pandemic-strategy-surrender/