You are here: Home / rural

Civil Miller-Watkins is running for State Senate District 26  and joins host Sandra Rice to discuss TN’s plan for students to return to school amid a pandemic. She is a mother of 8, a current school board member, and is very familiar with homeschooling and virtual learning. The lack of state plans for managing COVID19 and school reopening as well as a lack of broadband in all rural areas makes learning more difficult in Tennessee.

LISTEN ? A new episode of "What About Us?" a podcast about how policies affect rural TN, is LIVE!

Host @sandrafrice55 chats with @watkinstribe8, who is running in SD26, about how schools reopening during #COVID19 will affect their area. 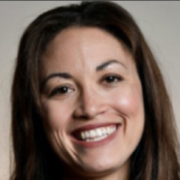