You are here: Home / furry 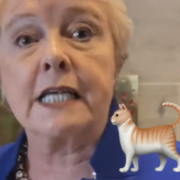 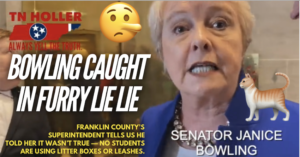 During a committee meeting a few months ago, Republicans Senator Janice Bowling and Rep. Mary Littleton perpetuated the myth that there are students in Tennessee identifying as cats and using “litter boxes” to go to the bathroom in some Tennessee schools.

Yes, this happened in the Tennessee legislature this week! Rep. @78RepLittleton (R-Dickson) and Sen. @janicebowlingtn (R-Tullahoma) asked about the “growing crisis” of furries being allowed to use litter boxes in the classroom. (Spoiler: there’s zero evidence that it’s true!) pic.twitter.com/qQAnmjQH2t

The lie is part of a wave of misinformation intended to harm public education by giving public schools a bad reputation, and also to target LGBTQ people. As SALON puts it:

“The first notable instance of furry panic occurred when right-wing activists pushed a false claim about schools in Michigan placing litter boxes in bathrooms to allow furry students to use them, and the bogus rumors about furry infiltration into the public education system have only grown from there.” 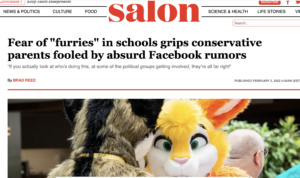 Matt Walsh of The Daily Wire, known for his transphobia, talked about it in an anti-trans propaganda film he made, and Joe Rogan helped add fuel to the fire before eventually admitting he had no evidence of it.

That brings us back to Janice and Mary. Since their comments were made when the legislature was out of session we didn’t have a chance to ask them about it until yesterday, when we finally caught Senator Bowling coming out of Day 1 of the Tennessee state senate.

We asked her if being featured on an NBC NEWS debunking was enough to get her to admit she was wrong and apologize.

NBC: “NO EVIDENCE any school has deployed litter boxes for its students.” 🐈

The @tnsenategop’s @janicebowlingtn makes an appearance on NBC for being one of the most gullible, detached-from-reality elected officials in 🇺🇸. Y’all must be so proud. 🤦🏻‍♂️ 🤦🏾‍♀️ pic.twitter.com/GS1RMaHm10

Surprise! She would not.

Instead, Janice doubled down. Senator Bowling repeatedly insisted the myth of furries in schools was not a lie, but instead of “litter boxes in schools”, which is what she initially claimed, she now said it was “LEASHES” in schools – meaning kids were walking around attached to leashes intended for pets.

Even @joerogan walked it back. pic.twitter.com/tSac05tz5S

The natural question: “Where is this happening?”

“Franklin County schools,” Janice said, claiming she talked with the superintendent, who told her about all of these leashes and furries and such.

The thing is, Franklin County Schools has telephones. The superintendent’s name is Stanley Bean.

So we called Mr. Bean and asked him ourselves about Janice Bowling’s accusations that his schools had children walking around on leashes.

Mr. Bean’s response: “There are no litter boxes in our schools. There are no students on leashes. I don’t know where Senator Bowling is coming up with this stuff.”

Apparently Mr. Bean was made aware of Bowling’s lies about furries and litter boxes in their schools back when she initially talked about them in committee, when the superintendent of Tullahoma schools, who is a friend of Bean’s, told him Senator Bowling was claiming such things were going on in their district.

Superintendent Bean says he called Senator Bowling himself and asked her where she was getting that information. Bowling told him it was coming from parents, so Mr. Bean did the logical thing and asked Senator Bowling to bring the parents to a meeting with him so they could talk about what they had seen, and where.

When the time came for the meeting, Senator Bowling showed up, but there were no parents to be found. “She told me they were afraid to tell me in person,” Bean said. “So I told her that without any evidence she needed to retract what she had said about out schools. She said she would.”

Bean says the next thing he knew, Bowling was on local radio – but instead of retracting and apologizing, Senator Bowling was claiming to have put a stop to all the furrying and litter boxing and what-not, by issuing an order to Mr. Bean to put a stop to it.

Bowling made herself sound not like a fool who had fallen for a lie, but a hero.

Bean was angry. But he decided to let it go.

Unfortunately for Senator Bowling, letting things go isn’t something we at the Holler are very good at. So yesterday we asked Bowling about it at the legislature, and instead of apologizing, she insisted Mr. Bean told her there were kids on leashes in Franklin County Schools, and angrily told us we simply couldn’t handle the truth.

As it turns out, it’s Senator Bowling who very clearly has trouble with the truth.

There are no furries in Franklin County Schools. Or Leashes. Or Litter Boxes.

Senator Janet Bowling has been duped, but instead of admitting her mistake, she childishly and irresponsibly added to the problem by piling lie after lie on top of it – behavior unbecoming of anyone, but especially of a sitting state Senator who is supposed to be representing her constituents and her local school districts, not lying about them and defaming them.

At least Meow we know the truth.