You are here: Home / niceley 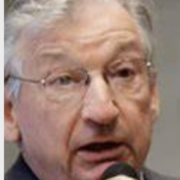 WATCH: “The call’s coming from inside the church, y’all. ANSWER IT.”

As CHATTANOOGA #PrideWeek is attacked over disinfo, @TaylorLyonsMSJ points out there are 0 instances of child abuse at drag shows but MANY at houses of worship— where’s their “protect the children” outrage?🤔

.@CPAC just deleted this tweet that Putin couldn’t have written better himself. “Annexation” of “Ukrainian-occupied” territories… advocating to stop aid to Ukraine… The Putin puppetry could not be more apparent.