You are here: Home / debates 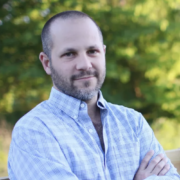 In recent weeks we’ve seen Republicans debate Democratic challengers all over the country, in both red and blue states.

Even GOP incumbents like Gov. Abbott in Texas and Sen. Ron Johnson in Wisconsin stood on stages next to Beto O’Rourke and Mandela Barnes respectively and let the citizens hear from the candidates side by side. An essential moment in any thriving democracy.

Yet here in Tennessee, it’s crickets from Republicans. Whether it’s incumbents like Governor Lee or incumbent Republican members of Congress (i.e., Mark Green, Tim Burchett, etc.) or candidates for an open congressional seat like Andy Ogles.

Tennessee Republicans are ducking their opponents, hiding from debate requests, and counting on Tennesseans to elect them purely because of the “R” next to their name.

Here are a few ideas about why they won’t debate

What are they so afraid of? Clearly they don’t actually think their ideas are very popular, and don’t have a whole lot of confidence in themselves to convey those ideas. One can only conclude they believe they have more to lose than to gain by actually letting the voters hear what they have to say.

They must know their draconian positions on things like their “no exceptions” abortion ban even forcing raped teenage girls to carry to term – would not sound good out loud next to a Democrat fighting for women to have control over their own bodies.

Or maybe they don’t want to have to yet again declare that even after the Jan. 6th hearings proved beyond a shadow of a doubt that the election was not stolen from Trump — with his own team telling us he knew he lost all along and had planned to say the election was stolen as far back as July 2020 — that they won’t accept that President Biden was “legitimately elected” (Governor Lee recently dodged the question from The Tennessean yet again).

It would be embarrassing to concede on a debate stage that they’ve been running cover for an insurrection by minimizing the tragic events of that day ever since, casting doubt on an electoral process so many Americans gave their lives to preserve. That anti-American, fascist position, where you don’t accept the results of elections unless you get the one you want, would not look good next to a Democrat who respects our democracy regardless of the outcome.

Not all Tennesseans are feeling the prosperity that is touted

Then there are other pesky facts they may not want Tennesseans to hear – like the fact that we’ve lost $22.5 billion not expanding Medicaid while we lead the nation in medical bankruptcies. Or that we’re at the bottom in per pupil spending, poverty, infant and maternal mortality, and violent crime.

Those facts hurt the narrative Republicans here want us to believe, which is that everyone in Tennessee is thriving — when it’s really just those at the top who fund their campaigns who are doing well, while many (especially rural) parts of our state struggle to stay afloat.

The wide-open spaces of the Southwest provide infinite possibilities for a fall adventure. Find your next road trip idea in this month’s magazine.

They also wouldn’t want you to hear that it’s the Democratically-run cities that prop up the statistics about Tennessee’s economy they love to tout, or that we get 40% of our state budget from the federal government they love to vilify while simultaneously taking money from.

It would be one thing if they were actually working to fix these problems, but they’re doing the opposite. Lee and Green and Burchett and Sen. Marsha Blackburn love to bemoan inflation, and gas prices, and health care costs, yet on a national level our Republicans oppose every effort to address these issues, from a cap on price-gouging at the pump, to a cap on insulin prices, to a bipartisan infrastructure bill (they shamelessly go around taking credit for anyway), to taxing the super-rich.

The truth is, Tennessee Republicans believe you don’t care. They think all that matters to you is that they have an “R” next to their name, which means they can continue to oppose any effort to actually address our problems and improve our lives without ever being held accountable.

So they’ll rob you of the chance to hear from them on a debate stage or go years without having an in-person town hall (like Marsha Blackburn), and we’ll continue along this tragic trajectory.

Until that changes — until we start voting for the person, and the ideas, rather than the letter next to their names — our state will continue to be at the bottom in virtually every important category.

Not every county is Williamson County, governor. Every candidate should debate, regardless of party. When Tennessee Republicans refuse to debate, it’s Tennesseans who lose.

Justin Kanew runs The Tennessee Holler. He ran for U.S. Congress as a Democrat in the old District 7 (Rep. Mark Green’s seat) in 2018.