You are here: Home / Griffey 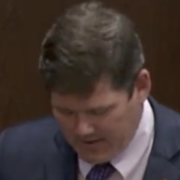 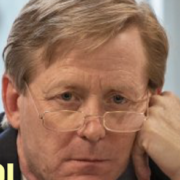 Even as Tennessee COVID-19 hospitalizations have quadrupled in just 24 days (since July 4th), this past week Rep. Bruce Griffey (R-Paris) – one of the generally more extreme Republicans in the Tennessee state legislature (which is saying a lot) – circulated a letter to hundreds of school board members which gave the distinct impression that a board deciding to impose a mask mandate on their school districts would be against the law. 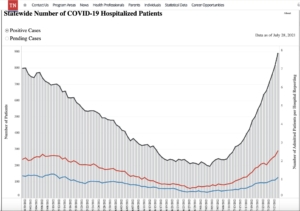 In the letter Griffey stops short of explicitly saying “Mask Mandates are illegal”, but the letter is being pushed by radical right-wing shit-stirrers Tennessee Stands, who recently sued Williamson County for their mandate (the case was dismissed on standing grounds), and is clearly intended to give the impression that they are illegal.

Griffey’s letter points to the judge in the Williamson County case, who said he was “unconvinced” the county’s board of education has the authority to enact or enforce such rules, but the judge did NOT explicitly say mask mandates are illegal.

We reached out to Rep. Griffey to clarify if the intent of his letter was to tell school board members such mandates are, in fact, illegal. Below was our exchange, word for word.

HOLLER: Just to be clear – is your letter saying school districts are not allowed to mandate masks?

GRIFFEY: I believe the decision in the case cited (although decided on standing grounds) appears to say that School districts do not have the Statutory authority to require masks.  Imposing masks without statutory authority could subject school districts to lawsuits.  They should carefully consult with their attorneys before deciding to impose masks.

HOLLER: Do you disagree with Lee Ann Thompson’s (Williamson School Board lawyer) reading of what the judge said? That he “made no definitive conclusions about the board’s authority to require masks”? 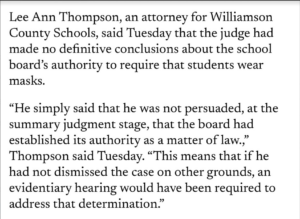 GRIFFEY: Here’s a quote from the Chancellor’s Order,

So, what do you think?

HOLLER: I asked you first! But to play along, I guess my reading of it would be that the court was “not convinced” and “cannot find” —  but is not actively saying it DID find the board’s mandate WAS illegal. So the judge seems to be dancing around the edge of the issue without coming to a conclusion.

It did seem though that your letter implied to school board members in TN that the judge in the Willliamson case came to a clear conclusion that mask mandates are illegal. So again I ask – is that your reading of it? And was the goal of the letter to imply that to the board members?

GRIFFEY: I am attaching the final version of the letter on masks in school. Please refer to page 2, next to last paragraph. As I understand, Governor Lee rescinded much of the authority to impose health and safety measures that were also extended to County Mayors and local school boards derived from his emergency powers.  Without specific statutory authority, or emergency authority derived from the Governor, I would submit (and I believe Judge Binkley concluded) school boards do not have inherent authority to require masks. The General Assembly generally proscribed any government entity from mandating vaccines. See, HB 13. In light of the above, should a school board/district attempt to impose masks mandates, it is my assessment and those that signed the letter, that said school boards and districts may be opening themselves to litigation and potentially be found to be in violation of state law. If there are arguments to the contrary, please forward them to my attention.  I would be interested in reviewing their arguments/positions.

So essentially, although a school board member could understandably read Griffey’s letter to be telling them a judge had decided mask mandates are illegal, what Griffey is saying here is he intended it as a warning to school boards that they could be sued – not that they would necessarily lose – which school board members should already know, since anyone can be sued for anything in America, at any time.

Hopefully this is clarifying for some. Feel free to holler at your local board with the link to this article to help make the distinction. 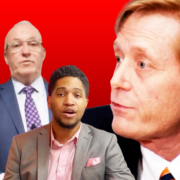 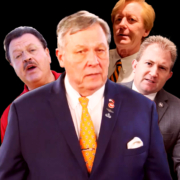 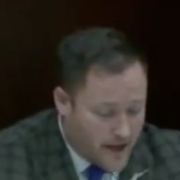