You are here: Home / Ramsey 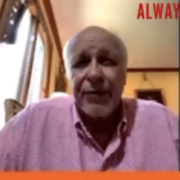 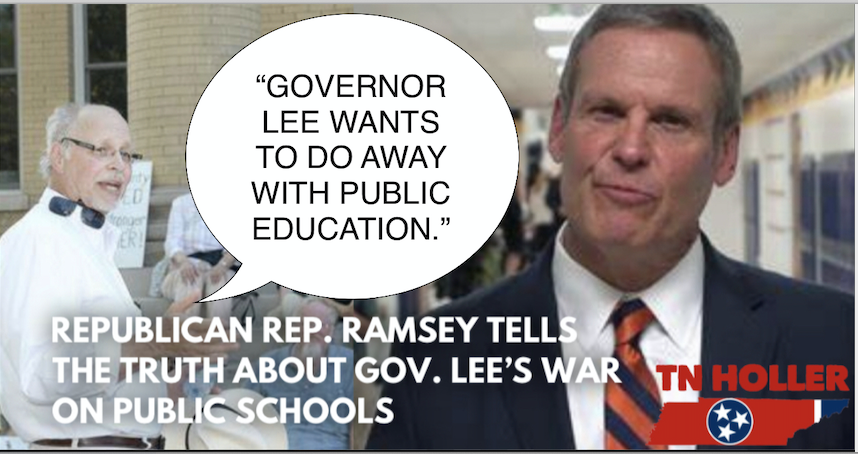 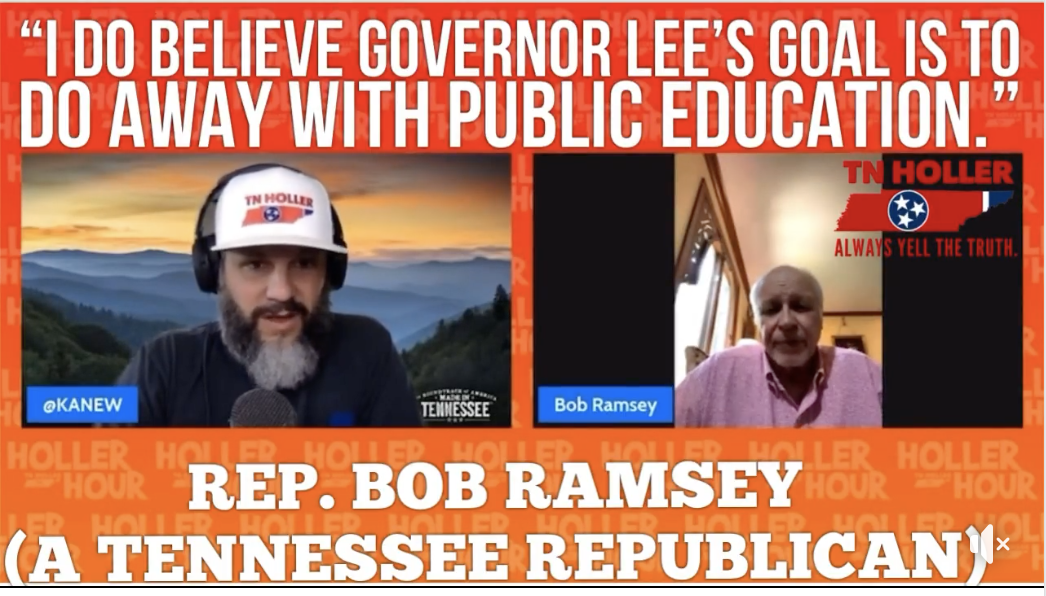 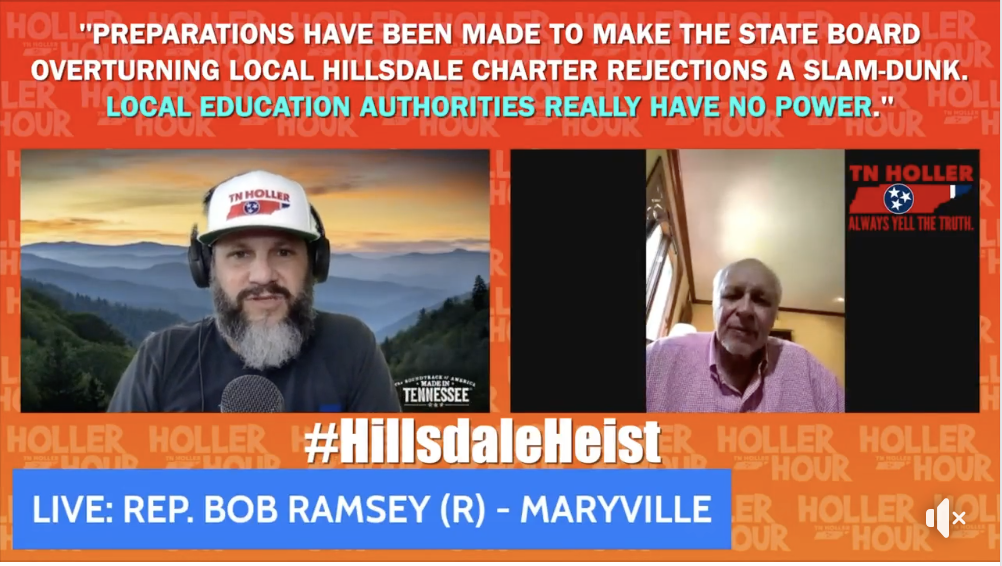 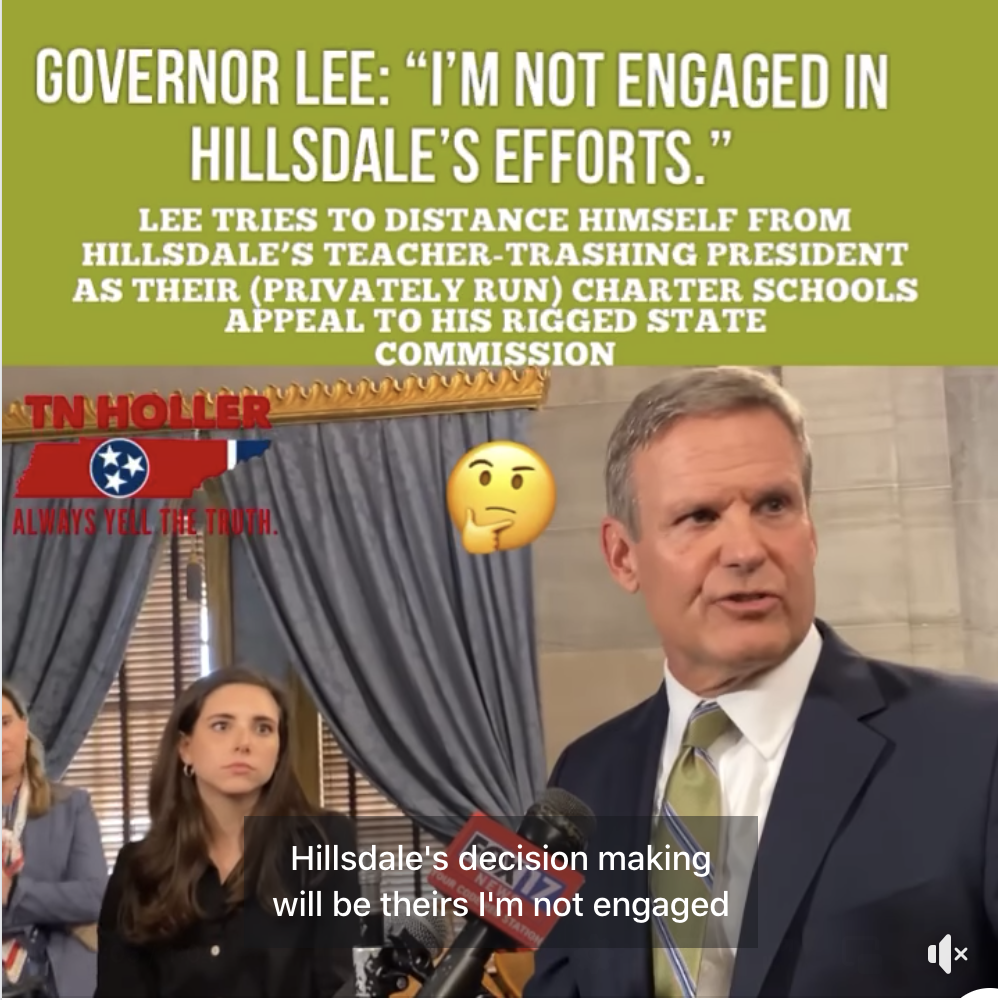 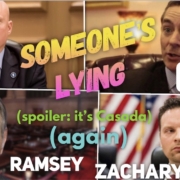 As you’ve probably heard by now, Governor Lee’s school vouchers plan barely passed the house this week after some last-minute shenanigans by Speaker Casada, who held the vote open for 40 minutes so he could twist the arm of Rep. Jason Zachary (R-Knoxville).

Zachary eventually flipped from a “No” to a “Yes”, giving Casada and Governor Lee the 50-48 win they needed.

After the vote, Zachary took to the floor with Casada in tow to explain to the press that his reasons for flipping were that Knox County wouldn’t be affected and would be held “fiscally harmless” – meaning this plan that will supposedly be so great for Nashville & Memphis is something he and many others want nowhere near their own counties.

When asked if Casada had promised him anything else in return for his vote, Zachary first indicated that he did, saying something about teacher raises – which some teachers have taken great exception to –   before then reversing that and saying he didn’t have anything he needed money for.

Hard to keep up with all these reversals.

That Zachary got nothing in return was hard to believe considering the reports of various rural legislators being promised grants and appropriations by Governor Lee in exchange for their support.

Now the Tennessean has just posted an article listing those giveaways – and wouldn’t you know it? Rep. Zachary has the highest number on the list next to his name. His $1 million is peanuts compared to the harm it will do to public schools in the areas where vouchers are affected, but it’s hard to believe his topping the list is a coincidence.

It’s also hard to believe Zachary considering the other quotes in the article from Republican Representatives David Hawk (Greenville) and Bob Ramsey (Maryville), who say Casada was sending his $200,000 chief of staff Cade Cothren to ask them what they wanted in exchange for their votes during the vouchers debate.

“Two Republican lawmakers who voted against Gov. Bill Lee’s controversial school voucher bill said they were offered incentives to change their minds and vote in favor of the legislation… Several House lawmakers have told the USA TODAY Network – Tennessee in recent weeks there were efforts by those in the speaker’s and governor’s office to sway them to vote yes on the bill by offering to fund projects in their districts.

Rep. David Hawk, R-Greeneville, who unsuccessfully challenged Glen Casada in the race for speaker, said Wednesday he was approached by Cade Cothren, Casada’s chief of staff on the House floor.

And then on Ramsey:

Rep. Bob Ramsey, R-Maryville, said he had been approached and offered incentives before and during the voucher vote in an attempt to persuade him to flip.

“There was efforts that had repeated visits from advocates hired apparently by the administration, and lobbyists, over the last few weeks,” Ramsey said Wednesday. “I let the administration know early on that I couldn’t support the vouchers.”

Ramsey said he received no threats of funding being cut in his district in Blount County, but that he was offered unspecified incentives.

“The only insinuation was that there would be the possibility of revenue expenditures for projects in my district at some point that would be facilitated by my support of vouchers,” Ramsey said.

Again at that time, Ramsey said, members of the Republican leadership hinted that additional funding would be made available to him for district projects if he switched his vote. Ramsey said no specific dollar amount was mentioned. He still declined to change his vote.

Hawk and Ramsey voted against the bill.

Good for them for sticking to their guns.

It’s one thing to be a vouchers truther, as Rep. Dunn, who is carrying the bill, appears to be. But If you believe steering public funds to private schools will hurt public schools, yet you’re willing to sell out our kids for your own political interests, something is very wrong there.

Casada went on to deny the efforts to bribe representatives for their votes, likely because he knows how it looks:

Casada, R-Franklin, said he met with several members and “asked them to do the right thing” on the education bill. But the speaker denied offering anything to the members.

“If one or two (members) misunderstood what I was saying — that happens too — I was asking them to step up and be leaders and do what’s good for the children of Tennessee,” he said.

Unfortunately for Casada, he’s already on record as having lied about multiple important issues, including something as easily disprovable as meeting with the victims of Rep. David Byrd, who Casada promoted to chair of an education subcommittee even after he apologized on tape to 1 of 3 women who accuse him of molesting them as teenagers.

Casada had not met with them, and still hasn’t. We’re going to go ahead and believe Ramsey and Hawk on this one.

The Tennessean goes on to point to the appropriations that were given to legislators who voted for the vouchers:

Casada denied any correlation between House members who voted for the ESA bill and having their budget requests funded.

The funded appropriation requests come after the governor released a recently amended state budget that provided 16 community grants totaling $2.1 million to many lawmakers who ended up voting for the ESA bill.

And here’s Zachary, ever the good soldier, denying it too, while the Tennessean reminds us his district receives the highest number on the list:

Among the funded appropriation requests in the House budget was one from Zachary for $1 million to provide grants to four accredited zoos in the state and the Tennessee Aquarium. On Tuesday, Zachary cast the deciding vote to ensure the passage of the governor’s education savings account bill.

Zachary denied receiving anything in return for changing his vote — which initially was a no — and said he received adequate assurances that Knox County would be removed from the legislation in the coming days.

It appears Casada’s habit of playing fast and loose with the truth is contagious.

The Tennessean goes on to point out that there are some who voted against the bill who also got money, but the numbers on the other side speak for themselves (see below).

The vouchers fight is far from over, which is probably why Lee & Casada called upon President Trump for a congratulatory tweet yesterday.

The Great State of Tennessee is so close to passing School Choice. All of our Nation’s children, regardless of background, deserve a shot at achieving the American Dream! Time to get this done, so important!

The senate still needs to vote on their version (TODAY), and then there will be another vote in the house to reconcile the two bills. Holler at your reps to let them know you’re watching, especially Zachary, Hawk, Ramsey, & Casada.

The following list includes House members who voted for the ESA bill and had their appropriation amendments funded (includes funding totals):